PUT YOUR DIET TO THE TEST

Find out your diet mistakes and recieve individual assessment on your email. 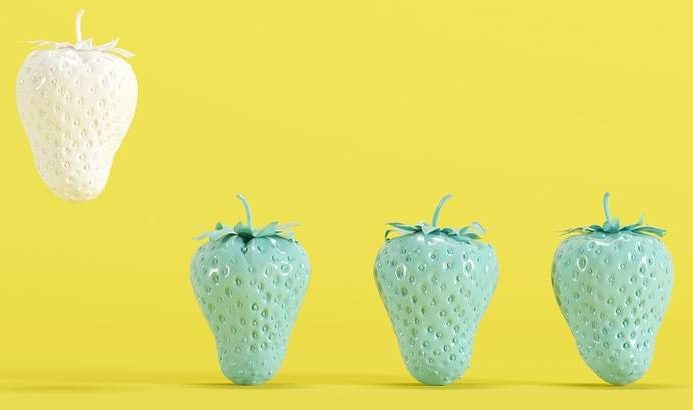 I often get asked to create a meal plan. Perfectly normal. I’m a nutritionist. Sometimes I also receive a list of food items that I should exclude from it. Sometimes for good reasons, but too often because of the results of a food intolerance test.

Let’s put aside the fact that I don’t make meal plans as such without the necessary support and overseeing the entire process. Every nutritionist who neglects the importance of communication with the client and the role it plays in changing dietary habits lives in an illusion. But let’s go back to intolerances and my lack of tolerance for them.

Intolerances are discovered, supposedly, using different methods. From hair, blood, via bio-impedance… They all have one thing in common.

What does the science say?

World leading allergology organizations make a clear statement on using food intolerance test results – they do not recommend them and even warn against using them as a basis for dietary decisions. Specific IgG antibodies analyzed from blood – as a single intolerance test even worth mentioning – do not show food intolerance, but are rather a normal bodily response to its intake.

How come these tests are so widespread?

Diet is one of few rare environmental factors that we can influence and improve our health with. Since the modern society has almost completely exterminated hunger and serious nutritive deficiencies, the focus is shifted to smaller issues, such as digestive discomfort when consuming a certain food item. This makes it a logical concern for many, and a good source of profit for the food intolerance test providers.

As mild or moderate digestive discomfort isn’t motivation enough for the intolerance test, intolerances are often advertised as cause of obesity, lack of weight loss, source of general weakness, and many other problems.

The solution, of course, has never been simpler. Food intolerance test sounds scientific and attractive enough that people buy it. A roll of applause for pseudo-science at its finest.

If only it was cheap. I’m sorry to tell you this, but if you ever undertook this test, it was a waste of your money.

Private laboratories are not the only ones offering this bulls… I mean, this test. The institute for public health do that as well. Like the story isn’t sad enough without the fact that public health institutions sell pseudo-science. I’ll choose to believe that this has more to do with the lack of competency, rather than a conscious providing of service which is not grounded in science. Even though I’m not so sure this actually lessens the culpability.

Surprisingly, the ones doing the testing claim they are.

Uncomfortable, yes. Irritating, yes. Avoid foods that cause you problems, absolutely. But not the list of 36 food items that the test will provide you with that you had no problem eating up until now.

Healthy diet means meeting our needs for nutrients. In order to do that, we need to eat variety of food items. Diversity isn’t the only component of healthy diet, but it is the basis.

Getting rid of certain food items or entire groups of foods enhances the risk of not satisfying the dietary needs if those items aren’t replaced with others that have similar nutritive value, or with supplements. This basically means avoiding foods can have a negative effect on your health.

Difference between intolerance and allergy

Before I sum up this article, I would like to point out that allergies are dangerous, sometimes even life-threatening, and are not to be confused with intolerances. If you have an allergy, you probably already know that.

How to determine food intolerance?

Elimination diet is diet based on trial and error in order to discover potential intolerance. It can be done on your own accord, or with the help of a nutritionist – the latter being more effective (spoken by a nutritionist himself). Maybe it sounds outdated, but right now this is the only valid and efficient solution.

Don’t waste money on food intolerance tests. They can cause more harm than good.

I’d like to tell you to trust all experts and institutions, but it would be a bad advice. Unfortunately, we live in a world where pseudo-science isn’t limited to private sector but it reaches into public health as well. Implications here are more serious because this compromises the level of trust we have in the entire health system.

Whatever you do, don’t blame food intolerance for being overweight or unable to lose weight. They have absolutely nothing to do with that.

Note: The tips you can find on the site are not intended to diagnose or treat the disease and are not a substitute for medical treatment.

Nutritionist in your inbox

Don’t worry, we won’t harass you with e-mails.

This page uses cookies to provide best user experience. Only necessary cookies are saved automatically. If you allow as to save all cookies you will be provided with better user experience.
Privacy settingsAllow all
Manage consent

This page uses cookies to provide users with best experience. Cookies categorized as necessary are saved automatically because they are needed for core functions of website. We also use third party cookies to analyse and understand how you use our page. These cookies are saved by your browser only with your permission. You can disable these cookies but that may impact your user experience in a negative way.
Necessary Always Enabled
Functional
Analytics
Marketing
SAVE & ACCEPT